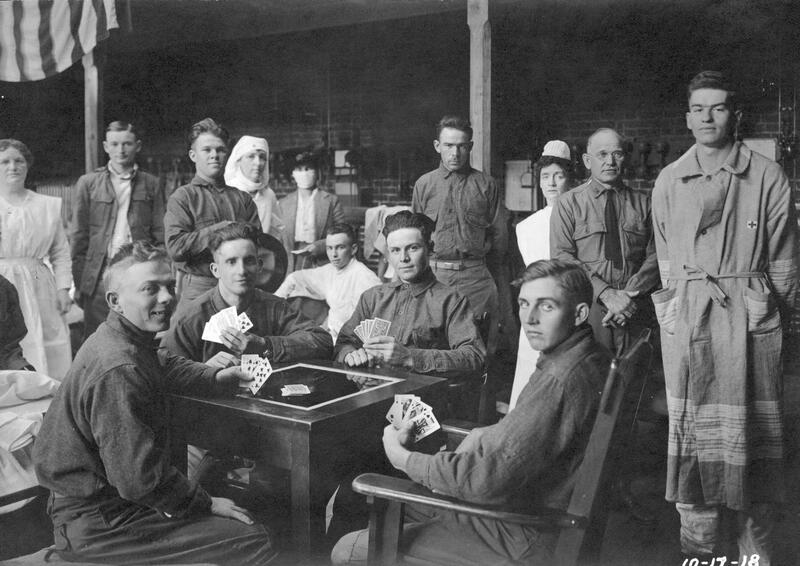 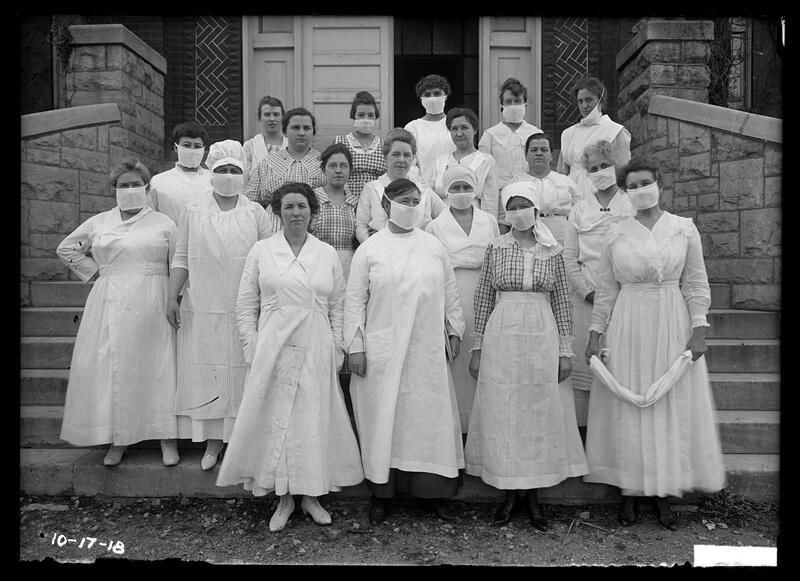 Nurses and aides on steps of Miller Hall, some with masks during flu epidemic, 1918. 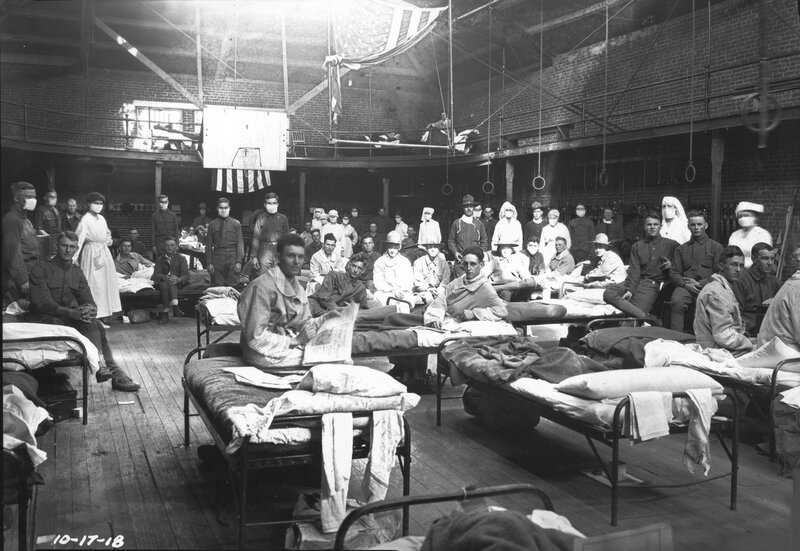 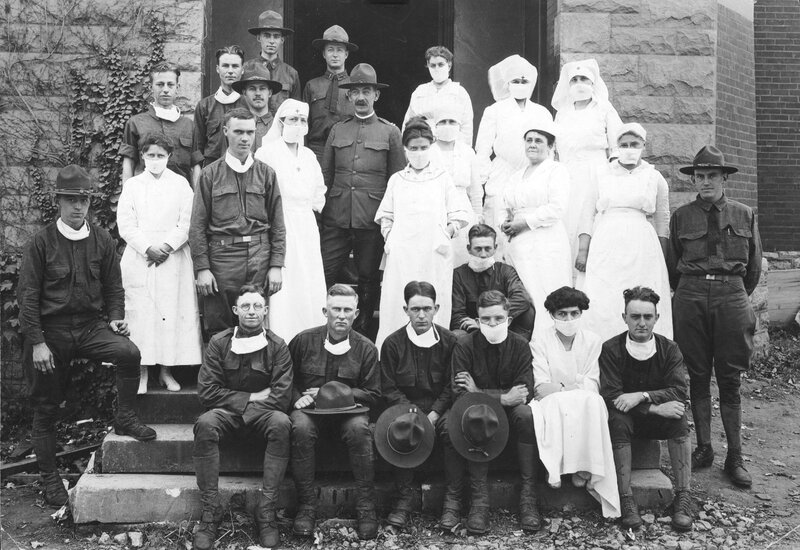 In addition to the U.S. becoming involved in the war, another significant reason for disruption during the academic year 1918-1919 was the novel influenza outbreak that became widespread after soldiers returned home to large, public victory celebrations. Much like today’s novel coronavirus pandemic, the 1918 influenza was a new virus strain for which humans were particularly vulnerable because it had never been experienced, spread easily, and attacked virulently. In the United States, the virus killed an estimated 675,000 people and worldwide the estimated death toll was 50 million people. In Kentucky, approximately 14,000 people died as a result of the flu that year.

Despite the name "Spanish Influenza," the first cases were reported in the United States in March 1918 as a mysterious upper respiratory illness in soldiers at Fort Riley, Kansas, who were preparing to be sent overseas for service in World War I. Other army units experienced the same illness, as did prisons, however the illness didn’t spread to the larger population until the soldiers began returning home from the war. The virus spread easily among soldiers living in trenches and other crowded, unhygienic conditions. The war’s end in November 1918, marked by celebratory parades around the world and thousands of soldiers returning to civilian life, intensified the spread of the disease.

The effects of the flu were apparent at the University of Kentucky during the fall of 1918. Due to overwhelming illnes, most students were sent home and the university closed from October 11th to November 3rd. A few factors that might have led to increased cases of the virus on campus and campus closure were large gatherings that took place on campus and  in the early days of October.

On October 1st, the SATC held a large naturalization ceremony of at least 1,100 men who pledged allegiance to the U.S. flag and were inducted into the U.S. Army and Navy. It was an exciting event, held outside on campus, complete with a marching band, speakers that included UK President McVey and Kentucky politicians, and officials from the armed forces.

The UK Philosophian Society held a themed circus party for all of the female students on October 5th in the recreation room of Patterson Hall. The party recreated a circus, complete with, as quoted in the Kentucky Kernel from October 4th: "Karsimova, the most fascinating tight-rope walker in the world, Morpha, the wild woman, Baha the most cleverly trained elephant in captivity, and breath-taking, dare-devil acrobats." As if that wasn't entertaining enough, there was also a rag-time band in the dorm. Given how viruses spread easily in indoor spaces and close quarters, it is small surprise there was an influenza outbreak in Patterson Hall within a short time.

By December 10, 1918, the University of Kentucky had 403 cases of influenza and colds where patients were sent to the hospital and eight people had died from the disease. At the beginning of the outbreak, the University turned over Patterson Hall and the gymnasium to military authorities and the Red Cross to serve as makeshift hospital wards for the ill. While the facilities were not ideally suited to hospital work, the doctors and nurses, as well as the University, were commended for acting quickly and with resourcefulness.

One of the long-term outcomes from the influenza epidemic on campus was an enhanced discussion of building a hospital on campus. At the time the school only had a pre-medical course, therefore there was little incentive to adopt the large expenses of maintaining a hospital. However, between the medical advances from the war and the necessity to support the health of students during the epidemic, the need for a campus hospital became apparent.

Listen to oral histories from UK alumni who were on campus during this time! Alta Mae Chandler recalls leaving campus during the shutdown by getting a ride to the train station and she also remembers watching the S.A.T.C. men practice their drills.  Katherine Eichelberger herself had the flu when the war ended in 1918.