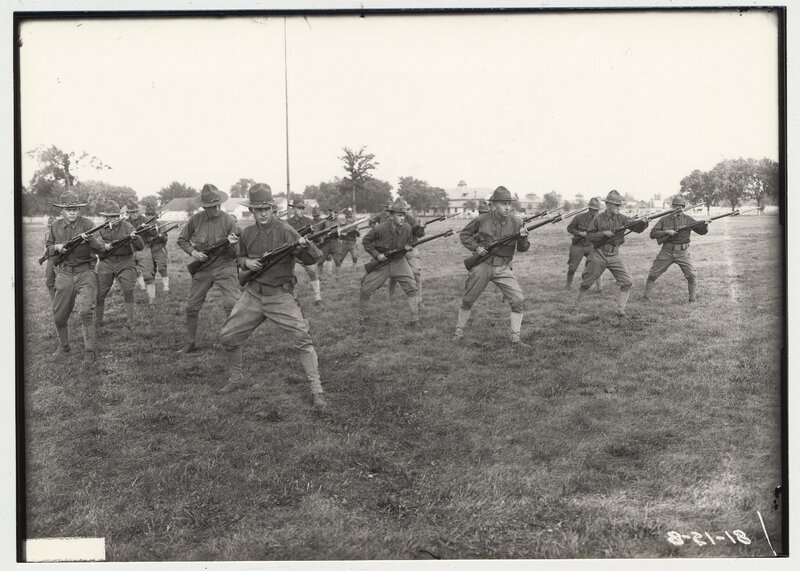 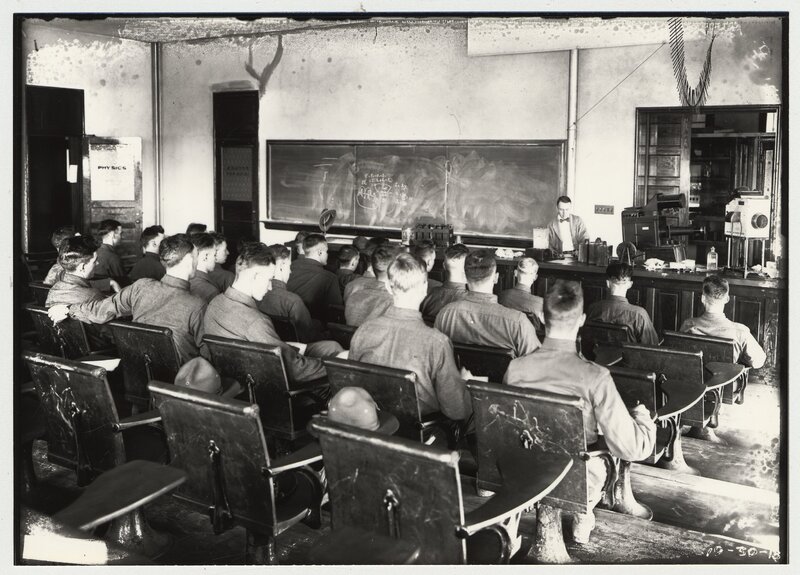 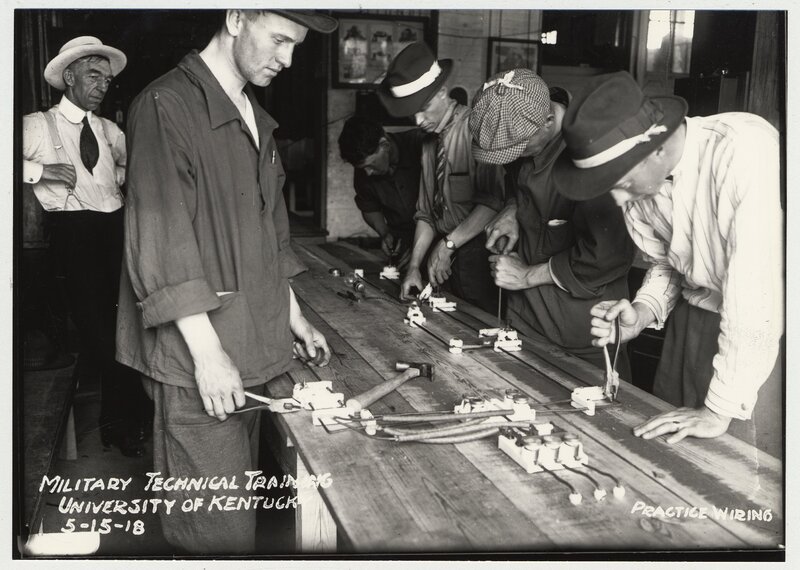 For most of World War 1 (July 28, 1914 - November 11, 1918) Kentucky colleges and universities remained largely unaffected by it.  Once the United States officially entered the war in April 1917, higher education institutions In Kentucky and across the country quickly became immersed in the war effort.  Large numbers of male faculty and students enlisted in the military.  Additionally, college and university leaders including presidents made major contributions to the war effort on the homefront.  This overwhelming response of higher education’s male population trading their campus life for the battlefield dramatically affected enrollment.

President Woodrow Wilson’s experience as a former university president of Princeton University and his first-hand knowledge of the challenges that higher education institutions face likely influenced his interest in ameliorating the plummeting enrollment numbers.  President Wilson also believed in the need for the nation’s citizenry to be trained and educated.  In the fall of 1918, the War Department created a new program, Student Army Training Corps (SATC).  This program encouraged young men to enlist in the military and go to college.  Their active service would begin upon graduation.

In the latter part of 1917, the newly renamed University of Kentucky hired a new university president, Frank McVey.  Prior to coming to Lexington, McVey served as University of North Dakota’s president for seven years.  Continuing his contributions to the war effort he started in North Dakota, as UK’s new president McVey gave speeches at war conferences across the state, served as the state director of the US Public Service Reserve (USPSR), became a member of the KCD Advisory Board, recruited workers for the war effort, and involved UK’s College of Agriculture in farm labor issues.

Committed to the work of recruiting, organizing, and mobilizing for the war effort, President McVey looked to the military for opportunities for which the university would be well-positioned.  In 1917, UK had already established a Military Department that was commanded by US Army captain Herbert N. Royden who operationalized a new program, Reserve Officers’ Training Corps (ROTC).  Royden and McVey continued to increase ways in which the university participated in military activities such as implementing a Signal Corps and providing enrollees with a variety of classes which included French, electrical engineering, telegraphy, and more.  By May 1918, McVey garnered a government contract to provide training for enlisted men.  A new facility was built, Camp Buell.  These men received military and technical training.  Enlistees learned a variety of useful technical and vocational skills such as carpentry, electrical work, truck driving, radio telegraphy, and more.

Despite the success of the ROTC program, UK’s enrollment of male students continued to decline.  By June 1918, enrollment was about 40% lower than in 1917.  Continuing to seek opportunities and leveraging the established ROTC program and technical training, McVey looked to the SATC program.  After being selected to participate in the SATC program, four barracks were constructed and inspected within approximately a month’s time.  The SATC program officially began October 1, 1918.  Built upon the already well-established ROTC program, the SATC included the same vocational training and added new training for officers.  Over 1,200 men participated in the program.  Soon after SATC was in full force, the Spanish influenza epidemic hit the enlisted men.  By the time the epidemic had waned, nearly 200 SATC men were hospitalized, many more were furloughed, and a small number succumbed to the virus. As those furloughed men returned in November, hostilities ceased and the Great War ended.  With the end of the war, the SATC program no longer continued.

Bettez, David J.. Kentucky and the Great War: World War I on the Home Front. Lexington: University Press of Kentucky, 2016.